Almost a year ago, I wrote a blog post entitled Amazon Cleans Up Confusing Title Policies: Changes Underway. One of the bits of information I included was from an email Amazon sent out to sellers warning that they were implementing a title suppression policy for any titles over 200 characters. Supposedly, as of July 15, 2015, this went into effect.

So … we waited with no visible indication that the hippo-sized titles that had taken over numerous categories in Amazon were going away. After many months, sellers began to believe that (once again) what Amazon said and what they did were two different things. But then it happened…

With an algorithm update that allegedly took place a couple of months ago, sellers began to rant that their listings were simply disappearing from the search results pages. At first I thought this might have been due to people getting seriously carried away with the new 5,000-character search term change. (That could still be part of it.) However, I recently had two conversations with two different Seller Support reps (in two different departments) and both mentioned the “Suppression Rule.” Apparently, this long-forgotten policy change had finally been implemented.

As you can see from the Seller Support message above, Amazon still has a lot of conflicting information in their system. Currently, you’ll see many categories where the Add-A-Product section states you can have a maximum of 250 characters for your title. I’ve found some that say you can have 500 characters, which I know is WAY wrong. However, titles over 200 characters are definitely being suppressed. And Amazon needs to clean up its act.

To see whether Amazon had really (finally) put this rule into place, I did a little spot checking through several categories. This was by no means a comprehensive review, but just a quick look to see how many titles that exceeded 200 characters I could find on page one of the search results.

I started with the categories that had been badly abused, such as Kitchen and Personal Care. Out of approximately 50 listings that I checked, two had titles that were slightly longer than 200 characters. (One was 205 and one was 210.) Even in the Supplement subcategory, 99% of the excessively long titles for products such as Garcinia Cambogia had been shortened to under 200 characters.

If Your Listing Has Disappeared…

The first thing I would look at is whether your current title is over 200 characters. Regardless of what the Style Guide, Add-A-Product, or the flat files say, do not use titles that are over 200 characters. (Some categories have shorter title requirements, such as Beauty, which is (for the moment) at 80 characters.)

It would appear that Amazon is having issues in other categories as well. Electronics-oriented categories (including cell phones, cell phone accessories, laptop backpacks, etc.) now show this. The total amount of space is for 2,000 characters. (Add the characters already typed into the box to the 999 it shows are left and you get 2,000.) Not much of a “short” title, is it?

I’m thinking this is a typo. Beauty had this glitch a while back — it was indicating that sellers could have 500-character titles instead of 50 (what it used to be). 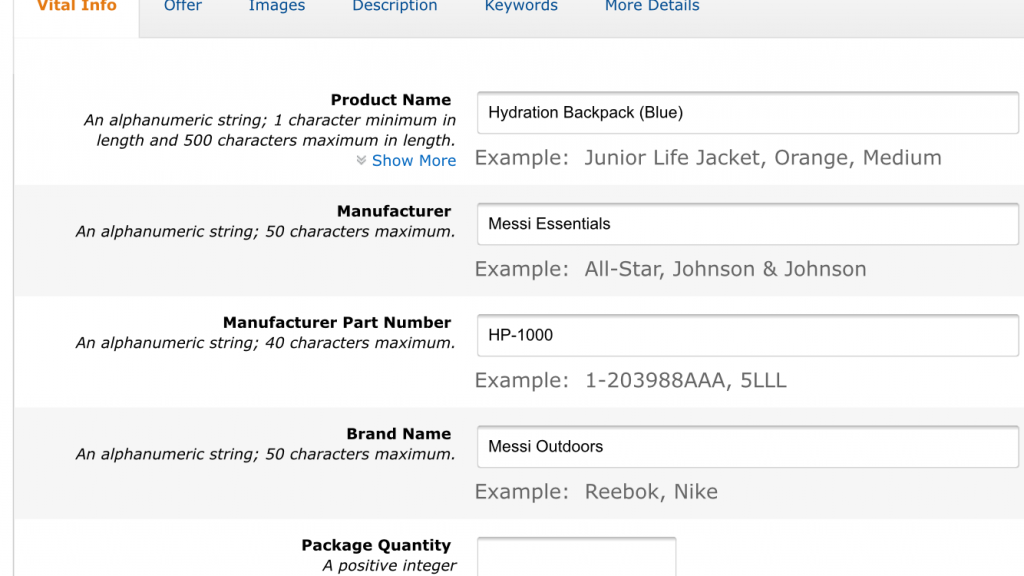 If you see these … ignore them. Anything over 200 characters will almost certainly get your listing suppressed.

Will You Do Me A Favor?

Help a gal out, won’t you? I have been working with Amazon for over a year to try to get all the information in all the various places to match. Having more sellers bring this to their attention would be extremely helpful!

If you see that Add-A-Product states you can have 250 characters in the title, write to Seller Central and ask them to have this changed because Amazon’s Suppression Rule indicates all titles over 200 characters are not showing in the search results.