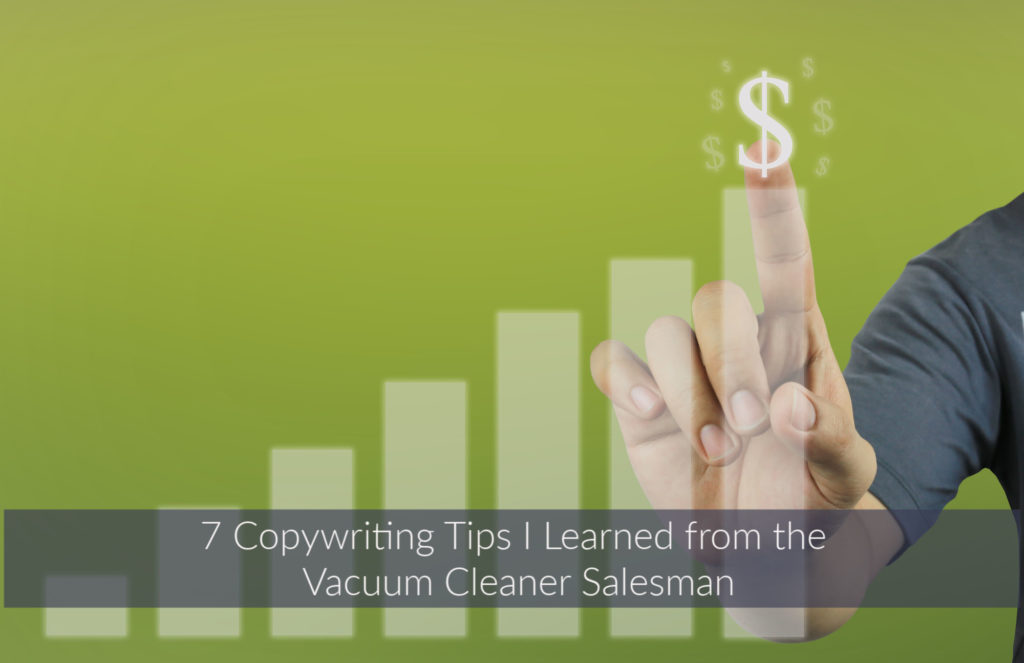 I was just sitting here at my computer (as usual) when my husband walked in and announced, “There’s a man here to see you.”  What?  I wasn’t expecting anyone.  “Who is it,” I asked.  “Some guy who wants to speak with my wife.”  My husband was home so I knew I was safe.  I ventured outside to see who it was.

I was promptly met on my porch by a smiling face who presented me with a free box of laundry detergent.  This seemingly nice young man told me he was in the neighborhood and wanted to give me this free gift.  Being the skeptic I am, my first thought was, “Oh yeah… and what kind of sales pitch?”

He proceeded to walk to his truck, then turned and asked if I had a minute.  “Yep, here it comes,” I thought.  I said I was a little busy but asked what he wanted.  The smile came back to his face as he said, “I want to make your life easier.”

Give your customers something absolutely free of charge.  This makes them appreciative and brings about a feeling of good will. Just to clarify, this copywriting idea doesn’t mean you need to offer something free on the same page where sales take place. In some cases you will (such as a bonus with purchase), but not always.

This could also come as an unannounced after-purchase gift of some sort. However, from time to time, you do want to show a little generosity toward your prospects.

He began to pull box after box from the back of his SUV.  As he approached my door, loaded for bear, he asked if I would allow him to vacuum and clean my carpets… all free, of course.  At first I was going to turn him down cold.  I wasn’t in the vacuum or carpet cleaner buying mood.  But then I wondered if I might be able to learn copywriting strategies from this representative of one of the most successful vacuum cleaner companies in America.  I decided to give in and allow the demonstration.

As he walked into the living room, he began to set up the vacuum.  Small talk followed.  He complimented me on the interior design of my house, asked what brand of vacuum I used, how I liked it, how old it was, if I had considered buying a new vacuum, if anyone in my family suffered from allergies, and how much time I spent cleaning house.

Get to know your target audience.  By collecting this information, the salesman was mentally tailoring his “pitch” to suit me.  He was making notes to include the elements of his presentation that would appeal to me personally, and leave out those that would not. You must do the same in your copy in order to effectively reach out to your customers.

If you don’t know who your customers are and what they want, how can you best craft a page that speaks to them in their preferred communication style? How can you go further to design a web page with colors and images representative of your core audience?

This is a critical step a lot of amateur and professional copywriters skip. Don’t know how to create a customer profile? Learn how here.

Get them in the habit of saying “yes.”  Dale Carnegie made a point of this in his book How to Win Friends and Influence People.  If you get someone in the habit of saying “yes” they’ll be more likely to agree with you when it comes to other questions like, “Are you ready to buy a new vacuum!” You don’t have to hammer site visitors with questions, however. Strike a balance between training them to say, “yes” and interrogation.

This is not just Carnegie’s opinion. It’s a scientifically proven fact. According to a report in Business Insider:

Two researchers, Jonathan Freedman and Scott Fraser, conducted an experiment to find out how to get people to do something they would not normally do. The researchers went door to door in a small neighborhood asking people to put signs outside of their home to “Drive Carefully.” Only 20 percent of people said yes when asked to put up a large sign. However, researchers found that they could get 76 percent of the residents to say yes if they asked them to first put up a smaller three-inch sign.

This study is the perfect example of how starting with a small request will help you get a ‘yes’ to bigger request later.

Roger asked me to get my old vacuum from the closet.  I did.  He asked me to bring him a box of salt.  (Yes, I saw it coming but I did it anyway.)  He began to pour the salt onto my carpet.  Then (as expected) he ground it in with his foot.  He took my old vacuum and asked me to let him know when I thought it had sucked up all the salt.  The motor began to whir and the challenge was on!

After about 15 passes, I instructed Roger to stop.  He did.  Then he reached behind him and rolled over the Kirby G6 – Limited Edition.  He opened the compartment where the output bag is stored and placed a black, thin pad over it.  Next, he flipped on the “onboard transmission,” put the vacuum into “drive” (notice how they chose powerful-sounding names that resemble a car engine?) and began to vacuum the same area he’d just cleaned with my machine.

With this easy target audience discovery worksheet & video, you’ll have a handy tool that helps all your copy & marketing efforts hit the mark! 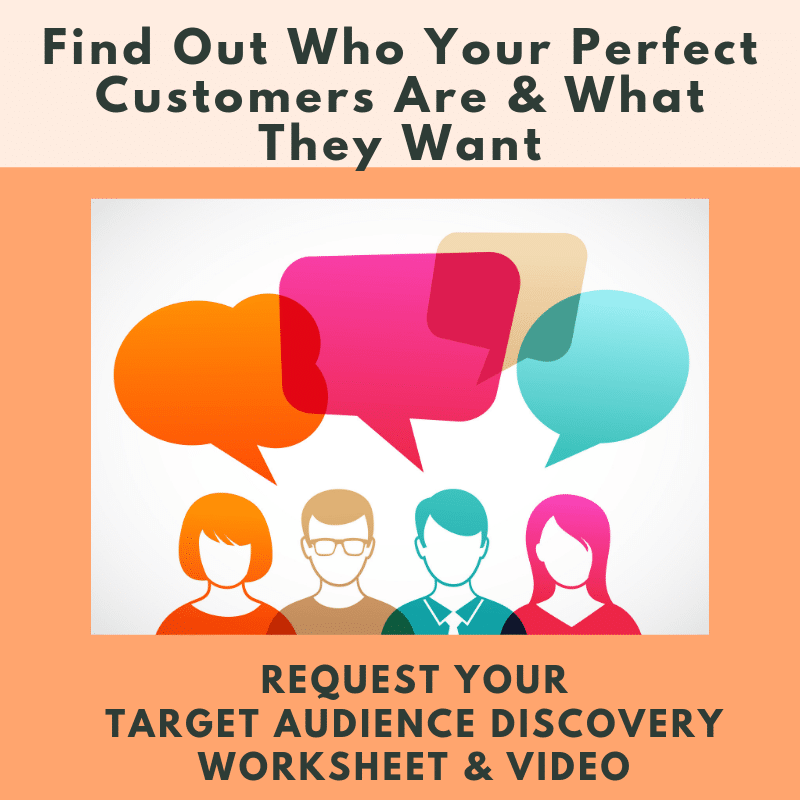 Just six passes later, he stopped the Kirby, opened the bag latch and pulled out the black pad.  It was covered with salt!  It was also covered with dirt, sand, lint, and hair.  It was extremely gross, not to mention embarrassing!

Prove your point.  Just telling someone that a product or service works means nothing.  You have to prove that you can and will do what you say.  If you can’t offer an online demonstration, use testimonials, social proof or other references. You might also give a free trial period (for software, tools, etc.) so the customer can evaluate the product/service themselves.

“I know you’re busy, ma’am, but I just wanted to show you that.  I’ll finish vacuuming now and then clean your living room,” said Roger.  I knew Roger and I weren’t finished yet but I went back to my computer like a good little prospect and let him do his work.

Sure enough, about 10 minutes later, Roger asked where he would find our trashcan.  I walked around the corner to see what needed to be thrown away and was immediately horrified!  He had used those little pads while vacuuming the entire room!  There were disks all over my living room just covered with hair, lint, fibers, dust, sand, and who knows what else. The fear of creepy-crawly things in my house started to rise up within me.  All this junk was in my carpet?  How disgusting!  My house wasn’t as clean as I thought it was.  “I’m sorry for the mess, ma’am, but we are only allowed to use these demonstration pads to vacuum with.  I’ll throw them away if you’ll show me to your garbage can.”

Play on emotion, not hype.  By leaving all those little demonstration pads around the room, Roger was subtly telling me that – even though my house looked perfectly clean – it wasn’t. He was reminding me of the initial conversation we had about allergens and getting my house cleaner in less time.  It was working, too.  I began to think about all the mess deep down inside my carpet, and drapes, and rugs, and upholstery. Remember those questions I mentioned earlier? Sprinkle those around and ask questions that strike an emotional tone such as “Would you like to have 3 extra hours in your week to spend with your family?”

Roger never hyped me. His tone of voice was always calm and friendly. He didn’t shout or wave his arms or make a fuss. He let his product do that talking.

“Can I try to get these stains out for you,” was the cry from the living room.  “Sure, go ahead,” I replied.  Roger continued to work, as did I.  A few minutes later he asked if I would come see if the stains were still noticeable.  They weren’t!  I’d tried to get the stains out before but had no luck.  “Good,” Roger smiled, “I’ll clean the rest for you now.”

I continued banging on my keyboard until I heard the whirring of the motor stop.  Roger peeked around the corner and told me it would take an hour or so for the carpet to dry enough to walk on.  “Do you mind if I get my gear together in here?”  I agreed.

As he was putting up hoses and attachments, he began to explain the extreme versatility of the Kirby G6 – Limited Edition.  The package he had with him that day came with a base vacuum which offered an “onboard transmission” (that still makes me laugh) so the motor wouldn’t wear out.  It also made the vacuum easier to push.  It offered the ability to blow as well as pull suction.  This, as Roger explained, was useful for inflating pool toys or balls – and for deflating air mattresses, etc. so they would lie completely flat for storage.  The carpet cleaner attachment would…  Well, you get the idea.

Focus on benefits, not features.  We’ve all heard the phrase before, however most don’t apply it.  I wouldn’t care anything in the world about a vacuum with “onboard transmission” because I don’t have a clue what it is or what it does for me.  Once explained, however, I love the idea of a vacuum that drives itself.

Lastly, after the full tour of how easy the vacuum was to operate, how much cleaner my house would be with less effort, and how versatile the vacuum/carpet cleaner was… we got to the price.

Needless-to-say, with Kirby’s reputation, I was expecting to pay and arm and a leg.  However, Roger simply said, “All this can be yours for just $3.00 per day.”  That didn’t sound so bad.  “For how many days,” I smirked.  Roger laughed and pulled out his pricing sheet.  To answer the question you’ve had since the beginning of the article… yes, I bought the vacuum.

Save the price for last (much of the time).  While #7 is not always applicable, it’s a good practice to get customers to love your product or service and then – if possible – break the price out into as small an increment as you can.  This saves the prospective customer from suffering “sticker shock” and makes the item appear more affordable. With that said, look at the world’s biggest online marketplace, Amazon.com, and you’ll see that they list the prices right up front. How do you choose? Test!

Was it worth it?  Yes.  It was worth my time to find out how one of the most successful vacuum cleaner companies in America does its sales magic.  I learned a lot from the vacuum cleaner man, and my house looks great!

Have questions about these or other copywriting tips? Talk to me below!

Other blog posts with copywriting tips that you’ll love:

5 Common Copywriting Mistakes That Can Ruin Your Results 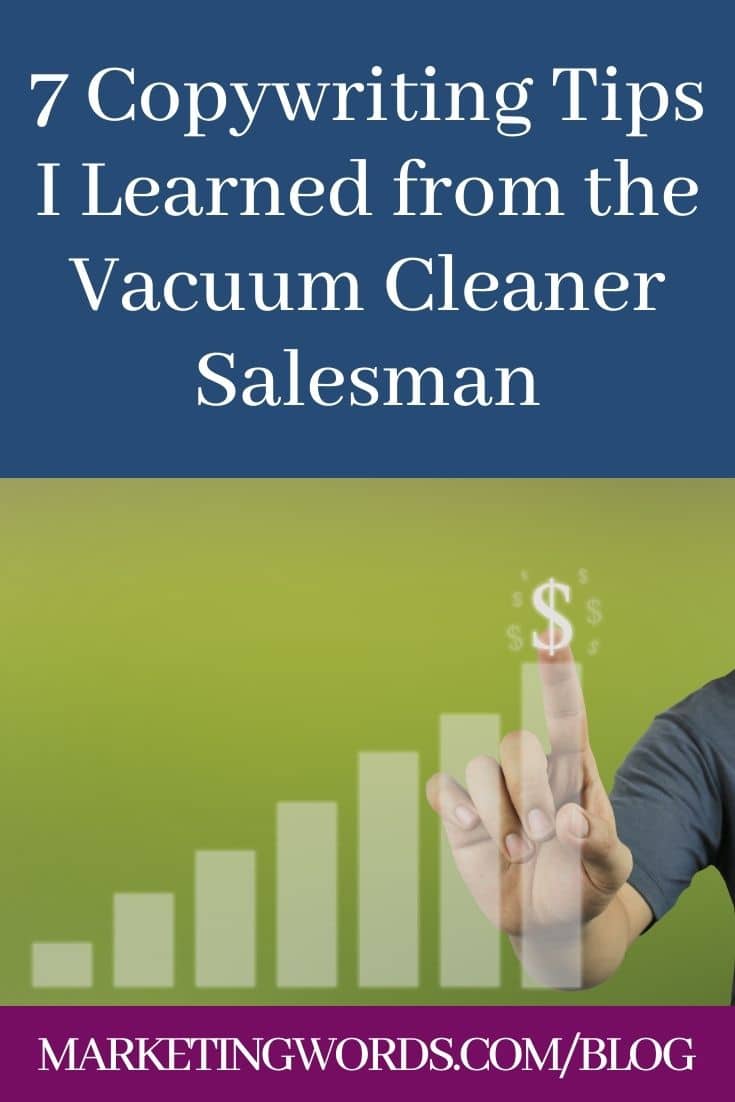 RSS Error: A feed could not be found at `https://www.marketingwords.com/blog/feed/`; the status code is `503` and content-type is `text/html; charset=UTF-8`