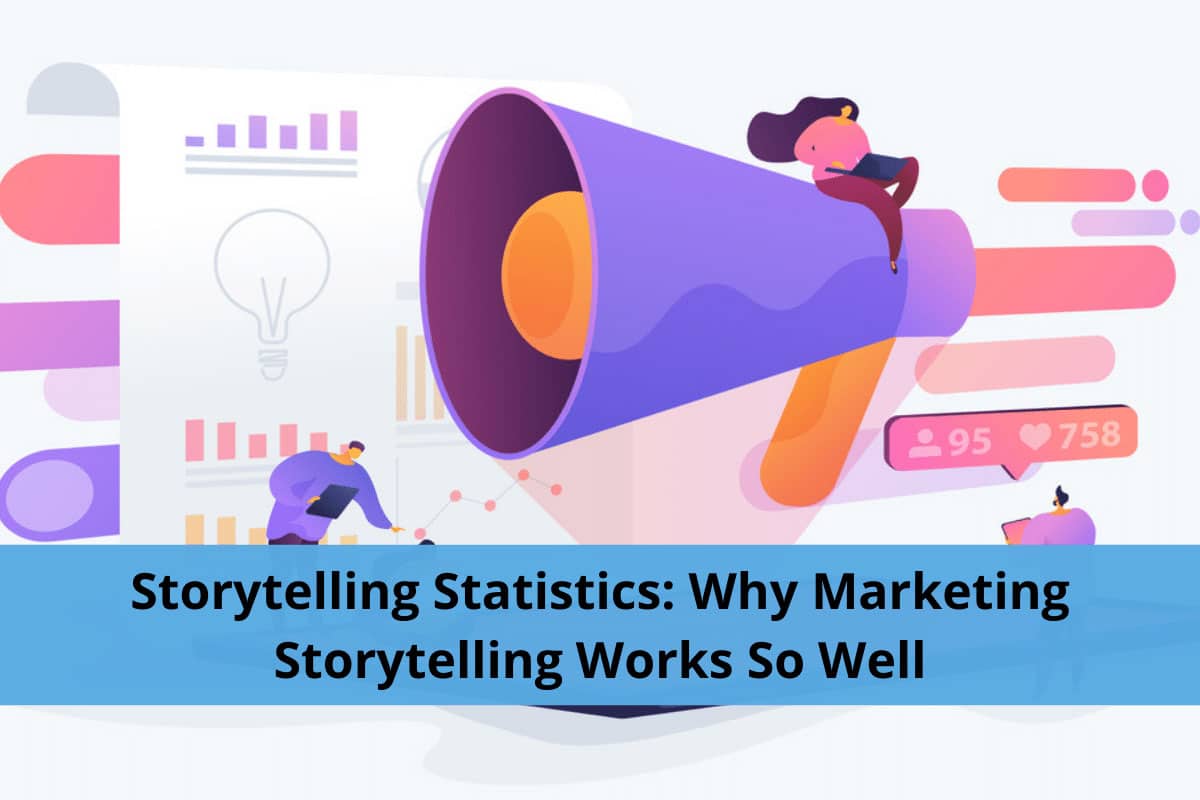 What’s a proven, powerful way to entice, engage, and convert your prospective customers?

Tell them a story.

Storytelling can increase conversions by a whopping 30%, according to Search Engine Watch.

And ample evidence bears this out. So, if you’re looking for some good, solid reasons to incorporate stories into your marketing strategy, here are a few relevant storytelling stats.

Stories spark engagement. We identify with the story’s protagonists. We feel what they’re feeling – the suspense, the excitement, the freezing fear, the warm reassurance, the sadness, the joy, the disappointment, the triumphant satisfaction when resolution is reached at last.

Why do we react this way? It all comes down to neurochemistry. As researcher Lisa Cron puts it, we human beings are “Wired for Story.”(5)

Bottom line: We are emotional creatures. And our emotions can drive and influence us far more powerfully than any data-laden PowerPoint presentation ever could. 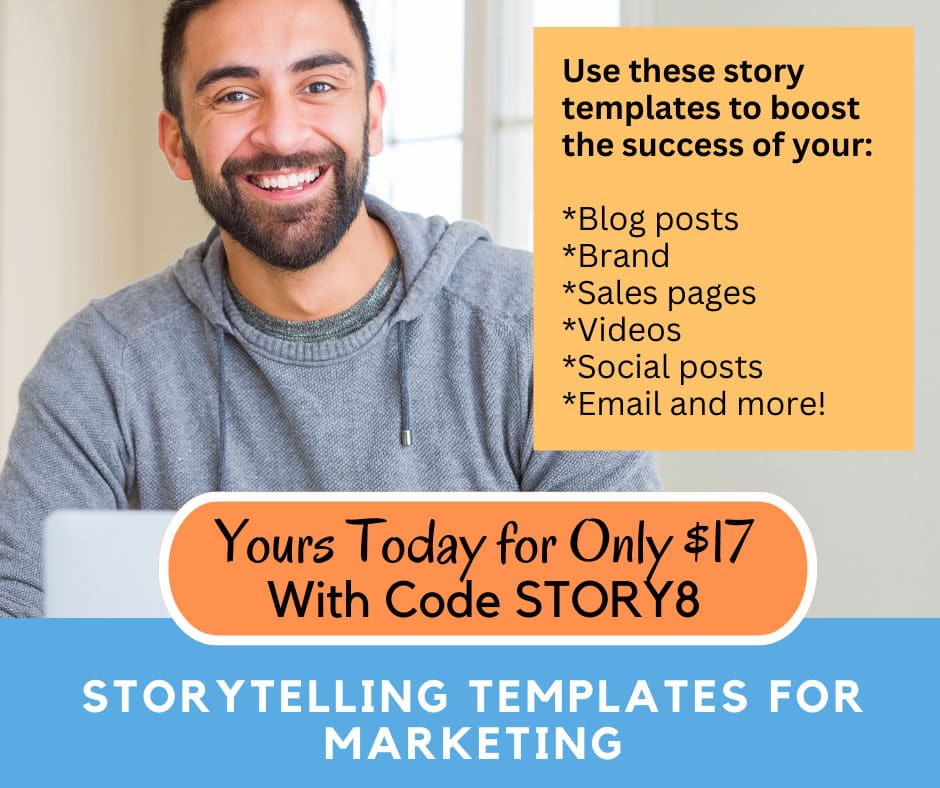 Stories Are More Persuasive Than Mere Facts and Figures

Just ask Save the Children, the international charity that connects donors with impoverished kids in developing countries.

Save the Children needed a better way to persuade and convert potential donors. So, in 2007 Carnegie Mellon researchers tested two brochures. One brochure used a fact-based infographic. The other presented a vivid personal story, along with an accompanying photograph.

Both versions were enclosed in envelopes containing $5 bills, which were then given to Carnegie Mellon students. The brochures asked the students to donate part of their $5 windfall to Save the Children,

The fact-based brochure listed a litany of statistics on food shortages, droughts, and other catastrophes. The storytelling version took the following emotion-charged approach:

“Rokia, a 7-year-old girl from Mali, Africa, is desperately poor and faces a threat of severe hunger or even starvation. Her life will be changed for the better as a result of your financial gift. With your support, and the support of other caring sponsors, Save the Children will work with Rokia's family and other members of the community to help feed her, provide her with education, as well as basic medical care and hygiene education."

A 2015 study by Headstream provides additional evidence of the persuasive power of storytelling. According to this research, “if people love a brand story, 55% are more likely to buy the product in future, 44% will share the story, and 15% will buy the product immediately.”

Using Stories in Marketing Goes Back About 100 Years

Perhaps the most famous example of successful conversion storytelling dates from 1926. It’s the iconic ad penned by legendary copywriter John Caples when he was only 25 years old: 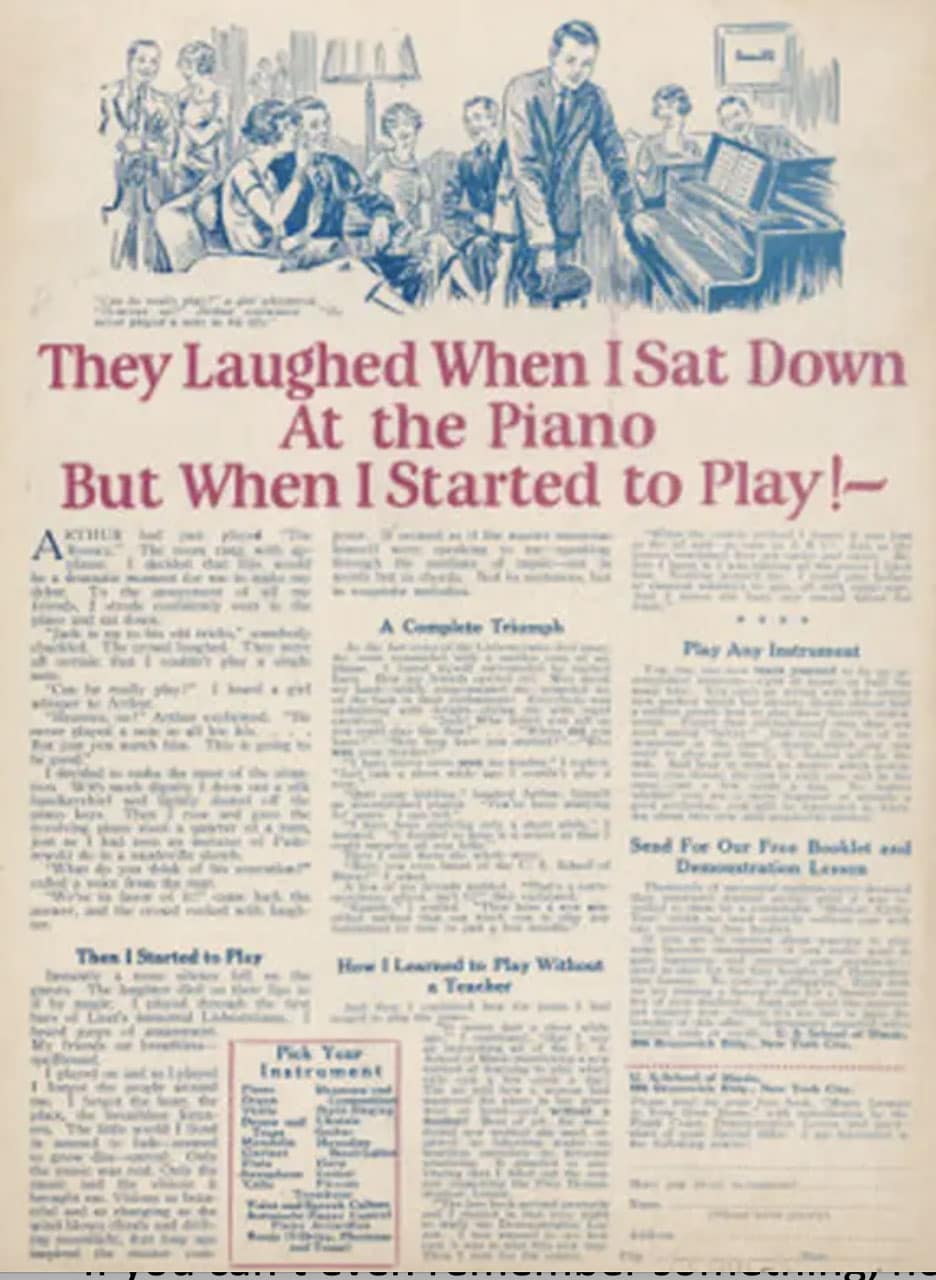 This direct-response classic brought in “a record number” of returned coupons when it appeared in Physical Culture Magazine.  It went on to be used successfully in other publications. And, needless to say, it inspired countless imitations.

Today’s successful storytelling advertising may be much more sophisticated – and a lot less wordy – than Caples’s famous example. But it still follows much the same strategy, using a powerful human-interest story to engage the reader emotionally.

So, next time a client asks you why you’re so keen on storytelling, tell them this very true story: It’s been proven to work!

Want help walking through the most popular stories? Pick up my Storytelling Templates for Marketing today and make creating stories for all your marketing simple and fast! 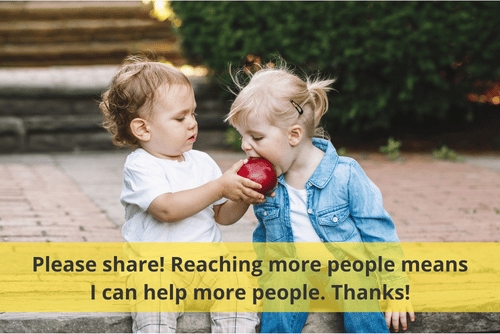 Have questions about using storytelling in your marketing? Talk to me below!